The Black Bastard (9.5% alcohol) is a black imperial stout with a very complex taste. The Black Bastard is a full malt stout brewed with seven types of malt and three types of hops. This beer is brewed for the 10th anniversary of the Muifel brewery.
In 2017, the Muifelbrouwerij existed for 10 years and that was celebrated that year. Two new beers have been brewed for the 10th anniversary, namely the Dr. Hops (Double IPA and nickname of owner Martin) and the Black Bastard.
The Black Bastard is an Imperial Stout that is brewed with no fewer than seven types of malt, three types of hops and it has been given a dry hopping. The seven malt types are: Pale Ale, Münchener, Caramünich 60, Caramünich 120, Special B, Chocolate malt C900 and dark Malt C1400. The hops are: Nothern Brewer, Columbus and Hallertau Mittelfrüh (this is also used for dry hopping). In addition to smooth bitter notes from roasted malt and hops, this beer is dominated by very pleasant, soft malt flavours.

Zuster Agatha Houtgerijpt is brewed only once a year and is aged in wood.
This wood-aged Zuster Agatha is rather high in its alcohol percentage (10.5%) but surprisingly good you will agree.
Zuster Agatha Aged with Wood 2019
€3,49 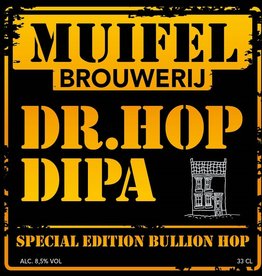 The Dr. Hop is a delicious hop stunner! With its bitterness content (IBU) of 100 and brewed with many different hops this is a delicious double IPA (DIPA, 8.5% alcohol). Characteristic is the light-sweet citrus taste. In addition to the Black Bastard, thi
Add to cart
Dr. Hop DIPA Bullion special
€3,59 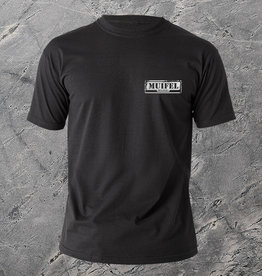 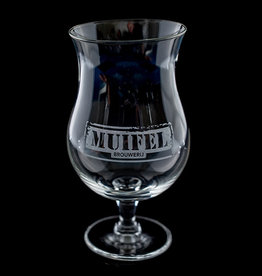 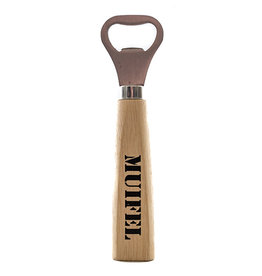