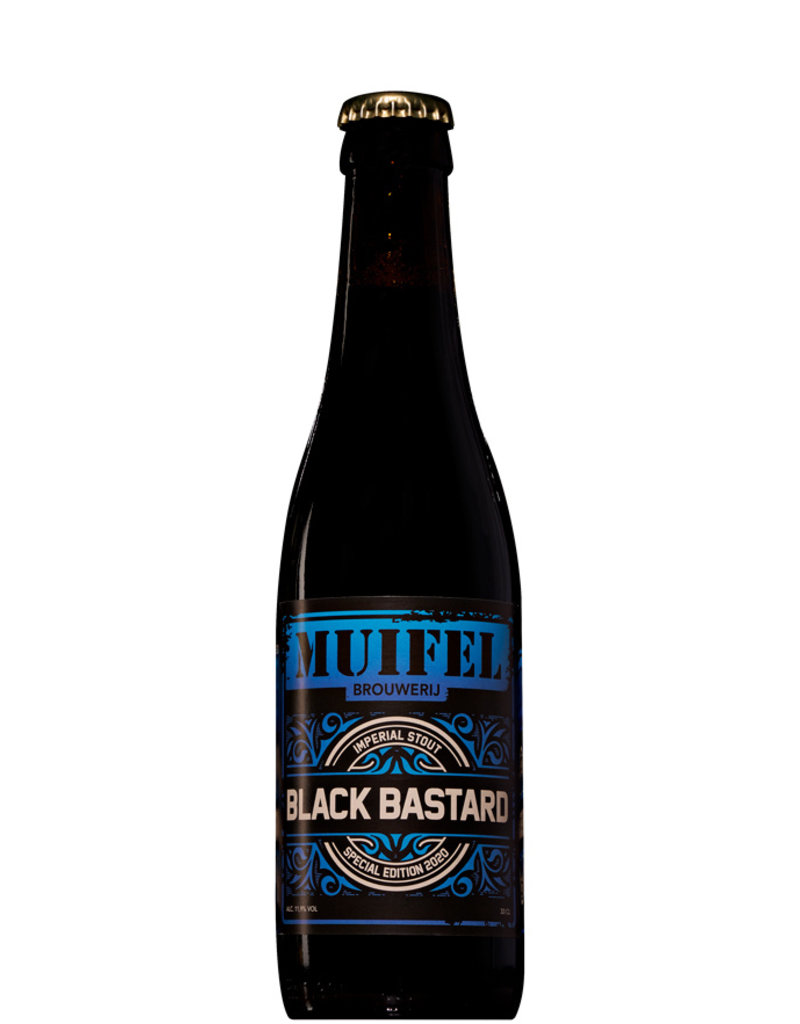 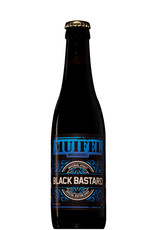 Since its 10th anniversary in 2017, Muifel brewery has been brewing an imperial stout, tough called Black Bastard ("black bastard"). It was intended as a one-time brew but the heavy beer (9.5%) has proven to be a keeper. In the spring of 2020, Muifelbrouwerij started a serious barrel program: brews of various beers were matured in wooden barrels. A heavy version of the Black Bastard was brewed for this barrel program; instead of the regular 9.5% alcohol, more malt (and some sugars) were used to reach 12% alcohol. The barrel-aged variant will be on the market in the spring of 2021, but the popular mother beer Black Bastard special edition 12% proved so popular that it has displaced the classic Black Bastard for the time being. The 12% variant is now available in the Netherlands and Belgium.